Mr Erdogan will now expect Sweden and Finland to adhere to the spirit, and not just the (notably vague) letter, of the agreement. This means he will demand they back a future Turkish operation in Syria to combat the YPG, who happen to be the West’s main allies against Islamic State, support Ankara’s plans to expel and forcibly resettle over one million Syrian refugees in northern Syria, take concrete steps to extradite alleged members of the PKK and Gulen movement to face trial, unlikely to be fair, in Turkey, and keep schtum about Turkey’s poor human rights records and abuses of fundamental democratic freedoms.

Turkey will seize on any hemming and hawing on these issues as evidence of bad faith, if not betrayal, and a just cause to reignite a crisis in Turkey’s relations with the West. Turkey under Erdogan is a fundamentally untrustworthy ally. The NATO deal has triggered a countdown to the next noisy but inevitable conflagration.

Historic rivals, Turkey and Greece have been at odds over issues ranging from overflights and the status of Aegean islands, maritime boundaries and hydrocarbon resources in the Mediterranean, and ethnically-split Cyprus.

Tensions flared again recently over air space and the status of demilitarised islands in the Aegean. Erdogan has said Mitsotakis “no longer exists for him” after the Greek premier lobbied for the United States not to sell Turkey F-16 fighter jets during a speech at the U.S. Congress. 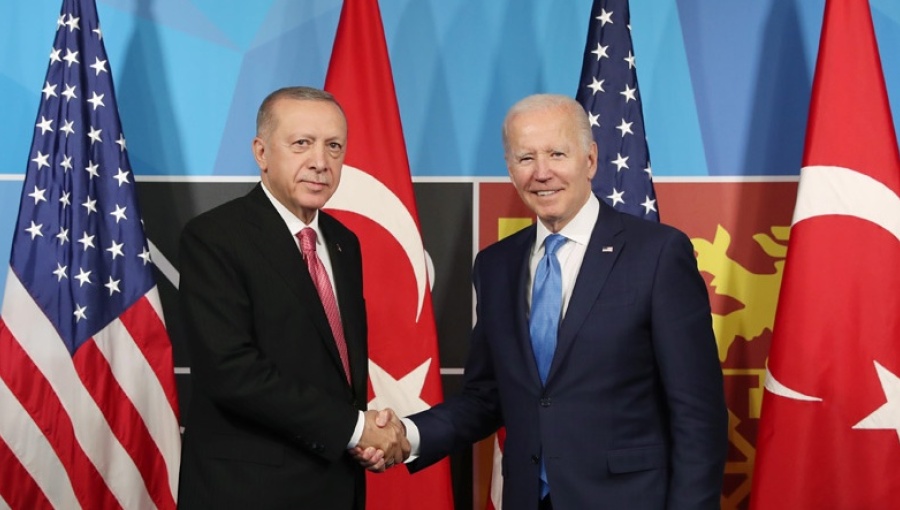 Turkey’s hopes that developments at this week’s Nato Madrid summit moved it closer to obtaining F-16 warplanes from the US were on June 20 tempered by an announcement that regional arch-rival Greece has sent an official request to Washington for the acquisition of 20 of the world’s most advanced fighter plane, the Lockheed Martin F-35 stealth jet.

Ankara remains unable to get its hands on the scores of F-35s it has ordered. It remains locked out of the F-35 development programme, with US and Nato officials saying they are concerned that S-400 advanced missile defence systems bought from the Kremlin by Turkey could pose a security threat to F-35 perfo